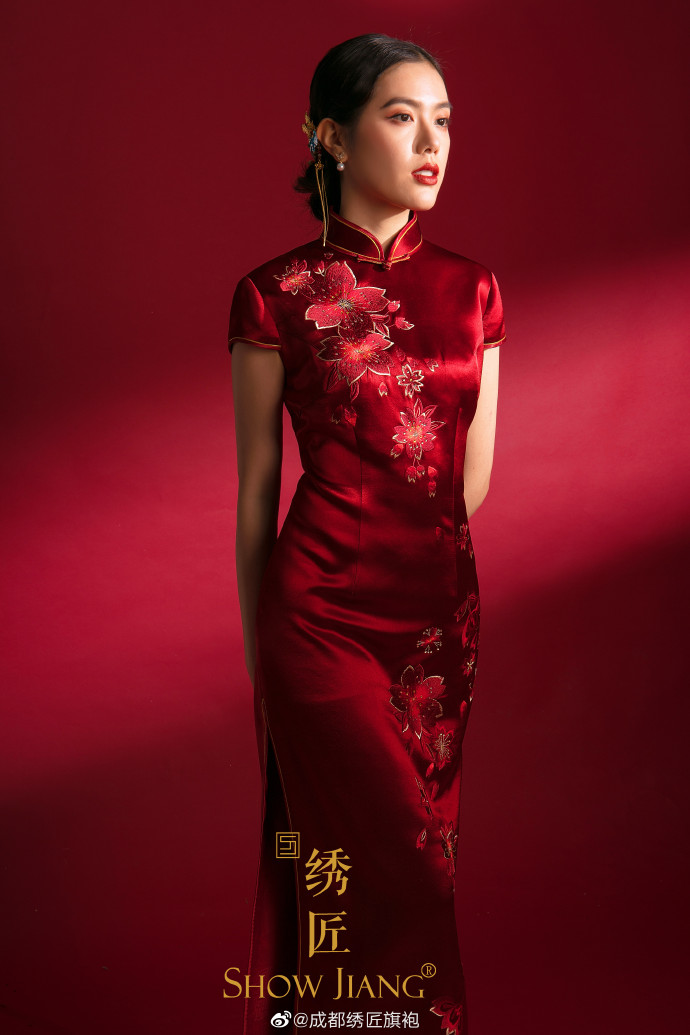 Located in Chengdu City the Province Capital of South-western China’s Sichuan Province of China-People’s Republic of China of a two thousand and five hundred year old Mega-metropolis city… is 成都绣匠旗袍 – Chengdu Embroiderers Cheongsam- Show Jiang (Chengdu Embroidery Apparel Co., Ltd.)  in which innovatively bringing a New Chinese style cheongsam-Qipao high-end brand-Embroiderer, with Shu embroidery and Suzhou embroidery among the four famous embroidery in China as the design theme, it is committed to the high-end private specialization of Chinese Shanghai style cheongsam… in which each dress is customised towards the wear’s in which tailoring takes least in between 20-60 days depending on the extremely level of detailing of brocade in which using the most finest heavy silks are hand sewn and crafted … as seen in  recent 成都绣匠旗袍 – Chengdu Embroiderers Cheongsam- Show Jiang’s Collection of Embroiderer’s 2020 original Shu embroidery series*One…..

Dressed in Imperial red on Chinese hand crafted embroidery youthfully cheongsam Qipao ….with beautifully dressed in Beautiful Chinese Painting embroidery of lightly reddish but not deep, and Yiyi has a spring heart…. In which the embroidery is hand sewn in Original Shu embroidery techniques on to a very durable heavy silk…. In which interwoven Begonia pattern from the shoulders presents an s-shaped design that stretches the waist in full bloom, and the human skin is radiant with the elegant red silk. 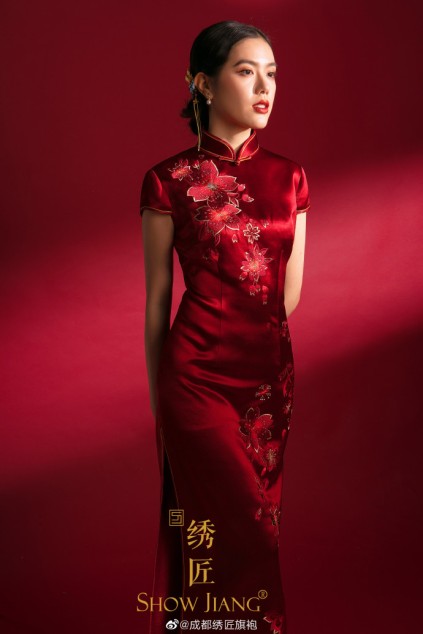 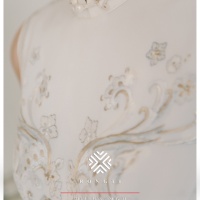