In recently decades there’s been very much strong revitalization of Chinese Customary tailoring clothing in which is HanFu- Han Dynasty (221-206 BC) period inspired evolutionary clothing which represents the lifestyle individualism of the person…..  in which was worn just before the fall of the Ming Dynasty (23 January 1308 to 25 April 1644, until a North East Manchurian fashion that have taken over the traditional Han F,,,,, in which we know today that’s the Qipao in which have been fashionable evolving on the same path also…. Like a Qipao, HanFu can be worn every day, as work wear, till as evening wear.. It also it comes in various forms as to the nature of activity of the day or night.. 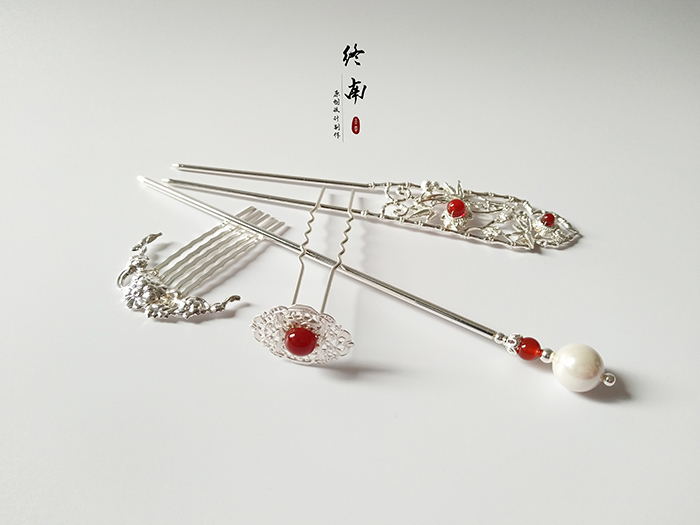 As Hanfu as a strong revitalization so is the head pieces jewelry as well in which  also represent the life story of that particular woman or girl wearing in her daily life.. as it can be worn even with modern day clothing in which without having to clash classically….

During there’s going to be lots of natural warm colours coming back in for the winter of 2018 also bold light pastels with the summery season as in mind to keeping cool  in which Sliver is the classic timeless tone of complementary your wardrobe in which without having to clash in between those colours and textures .. for your everyday wear ..

In which the Zhongnan Su-red Series collection provides that with the classic matching element..