Featuring in the coming up six hundred years anniversary of the Imperial Palace of the Forbidden City in which is currently undergoing several massive renovations in various key locations.. in which one of key locations of exhibition halls of the Imperial palace … Featuring during the month of 3rd September 2019 towards the 31st October 2019, in Beijing- People’s Republic of China…  featuring reflecting on plant world on appreciation and philosophy in which featuring from the Song, Yuan, Ming also Qing Dynasty……“Wonderful Red-Chinese Ancient Flower and Wood Theme Cultural Relic Exhibition….”

Featuring more than three hundred exhibitions encompassing from 960Bc to 1911 AD into the early 20th century.. Featuring three hundred and seven exhibits preciously relics and painting and washes paintings artistically painted by court and professional painters, craftsman’s…  the exhibition features leading up towards the 70th Anniversary year of the founding of the People’s Republic of China..

Featuring  The exhibition has three exhibition halls in which divide into three Palace halls , namely, West Yanyan Building, Wumen Zhenglou and Dongyan Fen Building… he first unit, “Four-Time Sketching,” features a flower-and-wood painting of Seiko’s realistic style, mainly drawn by court painters and professional painters. The second unit, “Qing Ya Yi”, exhibits the ink color of the literati, and the flower paintings of pure ink, mainly works by literati painters, but some works by non-literate painters influenced by the taste of literati are also included. . The third unit, “Ease of Love”, displays the emotions and auspicious meanings that the flowers and trees are endowed with. The exhibits are not limited to the paintings of flowers and trees, but are related to the Huamu culture, highlighting the relationship between flowers and trees. A total of 307 cultural relics were exhibited in the exhibition. In line with the “Millions of Red and White Chinese Ancient Flower and Wood Theme Cultural Relics Special Exhibition” of the Palace Museum, the Shenyang Imperial Palace also held the same theme exhibition, which can be described as the competition between Beijing and Shenyang.

This exhibition is not sold separately, and tickets for the Palace Museum can be visited free of charge. Closed on Mondays except for legal holidays. 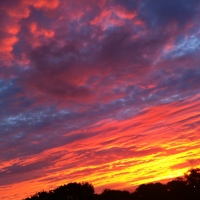 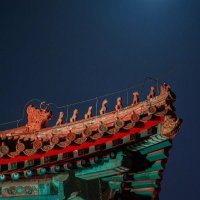