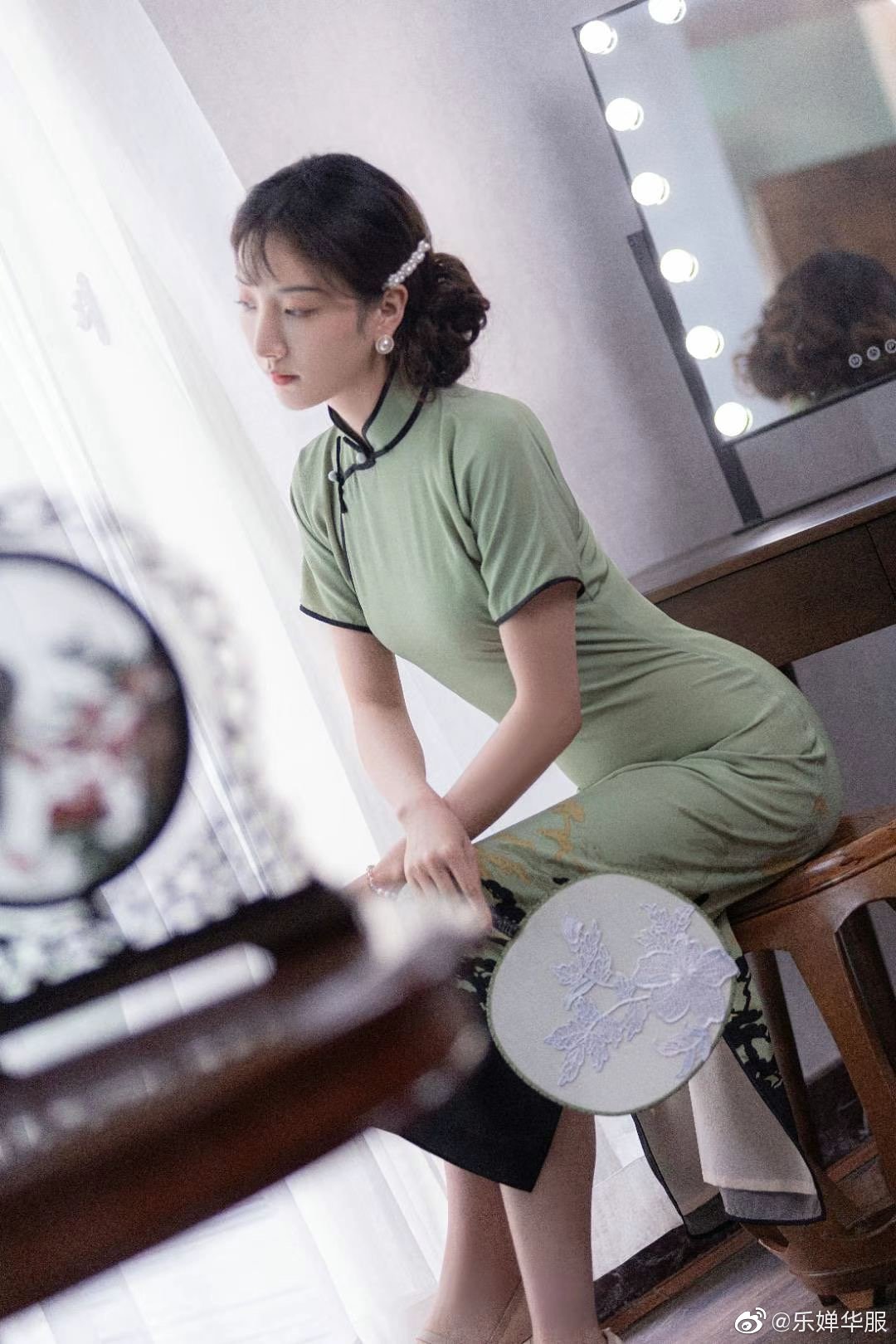 Dressed in  light Teal Qipao dress with featuring short shoulder with black ribbon trimming sleeves with on Chinese hand crafted embroidery youthfully cheongsam Qipao …. With beautifully dressed in Beautiful Chinese Painting embroidery of a Chinese Pavilion Post Modern forest with blossoming trees Silhouettes patterns on the skirt of the expressing Femininity is the ultimate expression of condensed femininity of romantic literature…. In With a beautiful detailing of slide button fixtures with pearl buttons features in a traditional Qipao- Cheongsam design in replacement of the modern with the back zip opening in which is a non-traditional designs..