END_OF_DOCUMENT_TOKEN_TO_BE_REPLACED

As Part of the 30th year Anniversary of Star Trek-TNG– the Next Generation, ANOVOS is celebrating in releasing the new variant of the Captain’s Uniform Jacket, with the original look of the Jacket of Captain Jean Luc Picard, in which that jacket was featured introduced into the “Darmok” Episode in where there was a …

END_OF_DOCUMENT_TOKEN_TO_BE_REPLACED

Coming soon is one of many Wardrobes headgear elements of Star Wars Universe is the Iconic headgear….. One Comes to mind is the helmets, mostly are in Stormtroopers where there are various assortments……  One recently arrived in the scene is The Anovos Star Wars- The force awakens – Poe Dameron Blue Squadron Helmet….. Coming soon …

END_OF_DOCUMENT_TOKEN_TO_BE_REPLACED

This Uniform made history in process of forming the UFP- United Federation of Planets, this Iconic Uniform set out the standard of what other Starfleet Uniforms will evolve to become is the Enterprise NX-01 Multipurpose Jumpsuit in which this flight suit was inspired by NASA’s blue flight suit wore by Astronauts from the Space Shuttle …

END_OF_DOCUMENT_TOKEN_TO_BE_REPLACED

Given the iconic mystery Television show Twin Peaks is return to the screens after twenty five years to the quiet North-eastern township in which once a very close neighbourhood in which one incident that shook the township to its grounds where their homecoming queen was murdered as the mystery still remains today.. As we pick …

END_OF_DOCUMENT_TOKEN_TO_BE_REPLACED

As” Disney’s Beauty and the Beast” live action Movie is set out to be released out on theaters screen on 17 March 2017 Hong Kong Time… In which the Movie is the live version of the Animate 1991 version….Set in historical France in once a forgotten kingdom…. In which a young French woman father whom …

END_OF_DOCUMENT_TOKEN_TO_BE_REPLACED 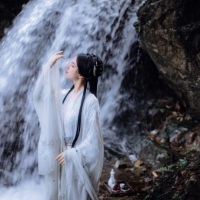